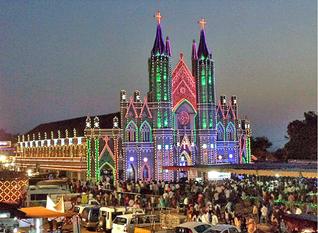 The Church of St. Lawrence is located at the foothills of Parpale Hills in a little village called Attur which is about 5 km west of the Karkala Bus Stand. The festival of Attur, also known as Attur Jatre is the most celebrated event of the region.

The church dates back its existence to 1759. It is said that Christians were kept in captivity here by Tipu Sultan, the great Mughal Emperor from 1784-1799. At that time the church was at a distance of about 7 kms away from where the present church is located. Tipu Sultan destroyed that church because of his anti-Christianity views. Later when the Christians were released they decided to build a church. They decided they would build it somewhere on the way to Nakre. They finally started it under the influential leadership of a Goan priest in the year 1801.

The church was in a bad condition and was almost falling apart so the people decided that it was not in a condition to be used. So, the devotees of the church who were very much attached to the church and actively involved in various church activities under the guidance of a Goan priest began their quest of searching for the suitable spot to build the church.

It is said that they were carrying the 1 foot tall statue of St. Lawrence along with them during their vigorous search and all they did was pray in their minds to St. Lawrence to guide them to the right place. The crossed the town of Rama Samudra in Karkala but still did not find the right place.

It was when they reached the woods of ‘Parpare Hills’ enroute to Attur they decided to rest for a while besides a spring. After they had quenched their thirst and were once again ready to continue their journey they realized that they could not simply lift the statue of St. Lawrence from the ground where they have placed it while taking rest. The statue was literally immovable. I was as if they were trying to uproot a tree from its roots. The devotees decided that it was a clear sign that St. Lawrence wanted the church to be constructed there. The church was built and since then it has been a pilgrimage spot for the Christians.

Attractions to be seen at St. Lawrence Church

The most striking feature of the church is the 100 feet high tower which represents religious art of various regions. The tower also symbolizes the acceptance and faith of the people, irrespective of the race, religion, and caste.

The 'Miracle-Pond' found there is built in modern Indian Architectural style, where you can take a dip when you visit the church and it is said your wish comes true. People quote of many such miracles and that’s why the name.

The church provides a midday meal for its visitors every Thursday after the Novena. You will be seated in a large beautiful dining hall for the meal along with the other pilgrims on this day.

There is a multi-storied Community Hall which caters to the spiritual needs of the visitors and helps them especially during the annual festival and also to help the parish and nearby people.

Another attraction of the church are the two caves; one at Doopadakatte and the other at Kabattu both facing the highways.

You will find a cross on top of the Parpale Hill which belongs to the church which is said to have been erected in 1901. You will have to climb a distance of 1 k.m. to reach this cross. On Palm Sundays a procession is held from the church to the top of the hill which attracts a large number of devotees.

Large number of devotees gathers here to attend the Novenas and prayer services and for the annual feast held in the last week of January every year.

Best time to Visit- Throughout the year

The annual feast is held in the month of January would be the best time to visit the church. It is an evident proof that St. Lawrence does not disappoint those who come to him in faith and devotion.

How to reach there:

Other Famous Churches of Udupi 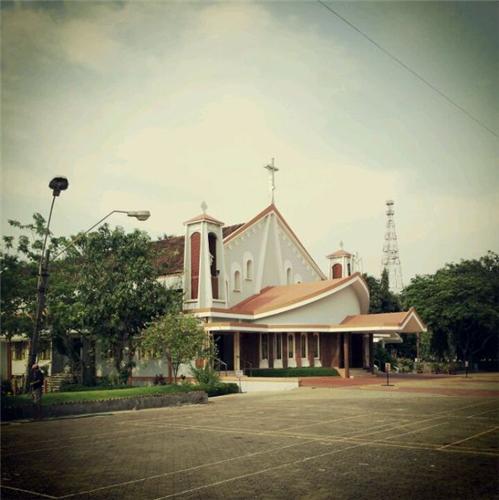 A church is the best way to feel the Lords love and that is exactly what the Holy Rosary Church has in store for you. A church holds immense significance in Christianity. It is the largest religion in the world. A church is a place where Christians go and worship their Lord; Jesus. But this highly contradicts the fact that the Church also receive visitors not only from the Christian population but also from the population belonging to other religions, caste, creed and race. Churches in India are known for its feasts, masses and gatherings as well as for the educational activities carried out by them.

The Holy Rosary Church is very near to the Milagres Church at Kallianpur in Udupi district. You can in fact visit them consecutively as they are located only a few yards away from each other.

In 1837 when some of the Catholic families withdrew from the Milagres Church in Udupi, they built another church; just at a small distance of hardly few yards from the former church. Hence, the Holy Rosary Church came into existence.

The Church not only has marked its presence as a religious place but has also contributed towards other social activities like education of the needy and poor. The Church also has its own function hall (Mount Rosary Millennium Hall) and a commercial complex within its premises.

There is no ‘best’ time for you to visit your Lord to receive his blessings; you can go to place throughout the year. 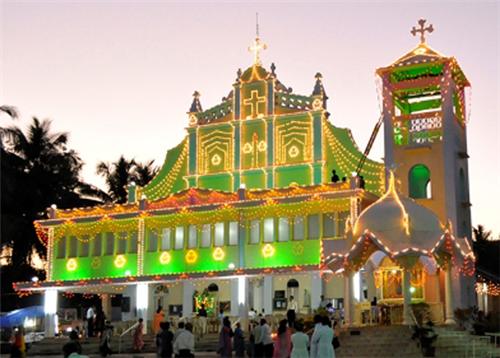 There is importance of a pilgrim or a holy place in every religion especially in India. The pilgrims assure us of the presence of the divine power. Christians or Catholics go to the Church which has the statue of Lord Jesus; a reminder of what Jesus suffered so that we receive the love of the God. Apart from Jesus, there are also various churches in India established in honor of the saints who proved their holiness through the unconditional love and devotion to Lord.

Importance of Milagres Church
The Church is as important to a Christian as a Temple is to a Hindu or a Mosque is to a Muslim. The Church is important for many reasons; it is a reminder for all the sufferings that Jesus underwent for all, the presence of a Church assures you of Lord’s presence and builds spiritual strength in one’s heart. So, here is another way of experiencing the Lords love – The Milagres Church.

Location of Milagres Church
The Milagres Church is a Roman Catholic Cathedral at Kallianpur in Udupi district, Karnataka. You will have to travel a distance of 70 kms to the north of Mangalore and 9 kms from Udupi, depending on where you start from to reach the church. The church is one of the oldest in the coastal Karnataka region.

History of Milagres Church
Kallianpur means the land of joy. This place came into existence after a treaty signed between the Portuguese and Queen Chennamma of Bednore, the ruler of Canara from 1671 to 1697. The Portuguese hierarchy of Goa constructed this church as a dedication to Our Lady of the Miracles, popularly known as the Milagres Church.

Best time to Visit: There is no best time for you to visit your Lord to receive his blessings; you can go to place throughout the year.