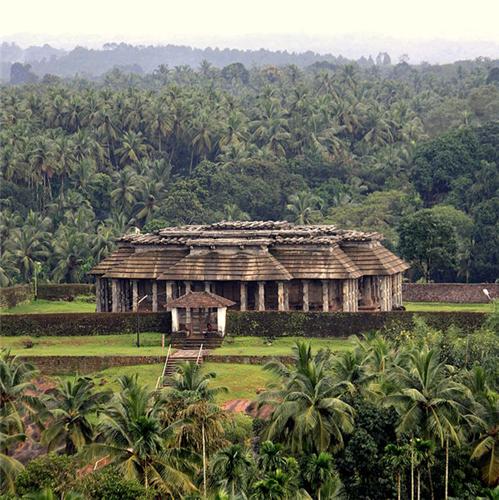 Karkala is known to be the town and the headquarters of Karkala in the Udupi district of Karnataka in India situated about 380km from Bangalore that lies near to the Western Ghats. Karkala town was called as ‘Pandya Nagari’ during the period of Jain rule and later came to be known as ‘Karikallu’. Later on named, ‘Karkal’ and finally now known as ‘Karkala’. Karkala has numerous natural and historical landmarks.

The taluk centre is located about 24kms to south east of the Udupi district and known to be the seat of Jain religion. Jain religion is termed as Jainakasi. The place is known to be an epitome of architectural brilliance. Major attraction is the magnificent statue of Bahubali and the four faced Jain temples. Name of the town is derived from ‘Karikal’ that is black stone in Tulu. It’s so named as black a stone which is found in abundance due to the heavy rainfall in the place. There are numerous idols that are sculpted here as well supplied to different parts of the world. Residents of Karikal speak Tulu as their mother tongue.

The scholars predict that 'Murukala Mantapa' located in the Parpale hills near Hiriyangadi resembles the Stone Age culture. Bhairarasas is the lineage of Santharas of Hombucha who named themselves as Bhairarasas of Karkala is the backbone of the historical significance of Karkala. Once can find numerous historical monuments in Karkala that are said to have been built by Bhairarasas and Hoysala Governors. The two of the most eminent inscriptions are the Shanthara Lokanatha in Karkala which refers to the endowments to Guru Basadi and the Venugopalswamy temple of Kabettu.

How to reach Karkala:

Karkala by Bus: Bangalore and Mangalore routed buses pass through Karkala city. Karkala is the well-connected to all main cities in Karnataka by buses. Bus charges are about Rs 3 to Rs 4 per kilometers.

Best Time to visit: Karkala has the maximum summer temperature of 38 degree and average winter temperature is about 28 degree. In Karkala winter starts from December and extends till February. Mostly summers are in the period of March to May. Monsoon is followed by heavy rainfall that are accompanied by thunders and strong winds.

Karakala is known for the eminent festival for Mahamastakabhisheka which is held once in 12 years. At this occasion the Gommateshwara statue is bathed with milk, saffron and water. Millions of Jain Devotees attend this festival. Last Mahamastakabhisheka was held in FEB 2002 and next will be in this year; 2014. This special occasion event is the best time for tourists to visit the city.