The Famous Krishna Muth in Udupi 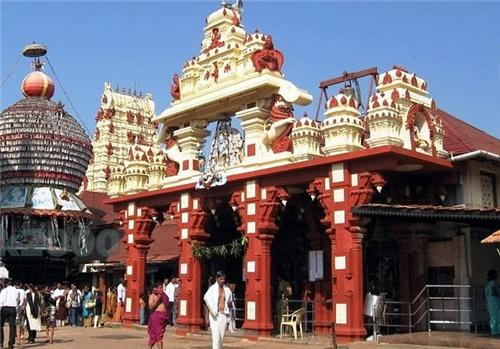 The Krishna temple is very famous and the first pilgrimage centre among seven others. People from different parts of world visit Udupi Krishna temple to catch a glimpse of Lord Krishna. The Krishna idol was discovered by Vaishnavite saint Sri Madhwacharya in the 13th century. People believe that Shri Madhwacharya found the idol of Lord Krishna in a large ball of ‘Gopichandana’.

One of the most unique features of Sri Krishna Matha temple is that the idol of Lord Krishna is worshiped only through a window. The window is called as Navagraha Kitiki because the window consists of nine holes which are used to worship the Lord. The window itself is exquisitely carved and plated with silver. The pattern of worshiping Lord through window has been in practice since ages now. The idol of lord Krishna was found facing towards Pashimabhimukha (Westside) as described by Sri Madhwacharya in his 'Tantrasara Sangraha'.

There is a very exciting and interesting story behind hoe actually the practice of worshiping through a window came into existence. The story goes there was a hermitage in front of Krishna Matha and a Kanakadasa; an extremely pious devotee was staying there. One night there was an earthquake and the earthquake damaged the temple in such a way that the outer wall cracked and became a wide opening for the pious Kanakadasa to have darshana of the lord Krishna. Till today the worshipers follow the same tradition to pray from same window. That night Kanakadasa was saw the pooja from outside. Therefore it is termed as Kanakanakhindi. 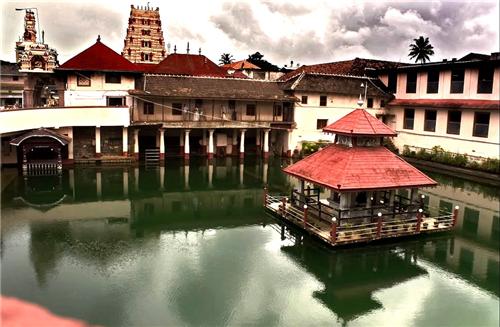 There are in all eight temples (Sodhe, Pejavara, Adamaru, Puttige, Koniyooru, Palimaru, Shirur and Krishnapura) collectively known as Astha Mathas. The daily seva (offerings) to god and other administration work of the Krishna Matha are managed by the eight temple heads. Each performs the work for two years with full enthusiasm. The work goes to them in cyclical order. They are collectively known as Krishna Matha.

Krishna temple of Udupi celebrates festival called as ‘Paryaya’ which is held every two years in which the management of temple is handed over to the next matha (temple). Ratha Sapthami, Makara Sankranthi, Hnuma Jayanti, Madhva Navami, Sri Krishna Janmashtami, Madhva Jantayi(vijayy dashmi), Navarathi Mahostava, Naraka Chathurdashi, Deepaavali, Geetha Jayanti are the festivals celebrated grandly by the by the Paryaya Matha every year. Due to the following tradition and customs the Krishna Matha is known throughout the world. It is also widely known for learning the Dvaita or Tatyavaada philosophy. Daasa Sahitya form of literature originated in this Udupi temple also thus the temple provides learning of same.

It’s a holy place for daily devotion and pure living. It not only provides peace but make you feel near to god. The temple is final destination in search of God. It was carved around 1500 years but it has not lost its importance and is still proudly stands with worldwide fame.  The Krishna temple lies not only in the heart of people but also in the culture of people of India.