Nellitheertha Somanatheshwara Cave temple in the Dakshina Kannada district is a holy place and is highly visited by tourists. Let's explore this amazing historical piece of religious identity in Udupi, which has been the center of devotion for people. 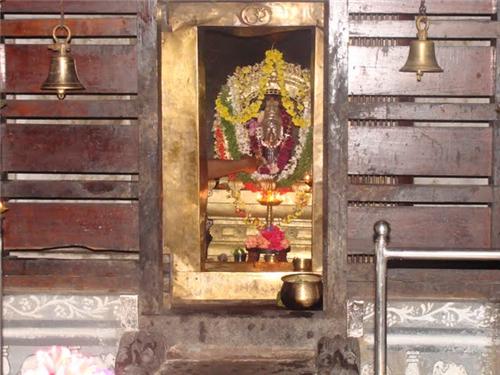 The cave is closed for 6 months in a year. It is open for tourists and devotees only from April to October. The cave is said to be home of many animals and varieties of snakes, huge number of bats, porcupines, scorpions etc. are frequently sighted. There is a strict prohibition of hurting the animals inside the cave.

The main deity of the temple is named as “Sri Somanatheshwara” who is also known as the Lord Shiva. This temple also has a statue of Jabali Maharshi Brindavana which is recently built.  The temple is constructed near Bhootas. Bhootas are also known as “Ganas” or the superior warriors of God. As per the mythology Bhootas are the appointed devotees of the Lord Shiva and they are the administrators or the assistants of God. The main Bhootas are Doomavathy, Raktheshwari, Kshetrapala and Pili Chamundi. They are the glory of the temple. Bhootas are the main Gods of this temple. Nellitheertha temple is the symbol of secularism. The cave and the temple is open to devotees of all castes.

The most special feature is the 300 to 400 meters long cave near the temple. It will be uncomfortable for a person with average height to walk straight in the cave; he/she has to crawl on their knees through the entire length of the cave and reach to the other side. There is a beautiful temple inside the cave along with a Shiv Linga. An interesting thing which you will find inside the cave is that water dripping from the cave ceiling is in the form of gooseberries. The water dripping is collected at the bottom in the lake. Gooseberries in Kannada are called Amla and thus the water of the lake is called ‘Holy Amla Water’.

There are many routes via which you can reach the temple:


Explore more about Tourism in Udupi